The connections between California and Polynesia are ancient, and were strengthened throughout the course of the 20th century. This magazine section, the Paradise Schooner, should allow us to explore them in the coming months. 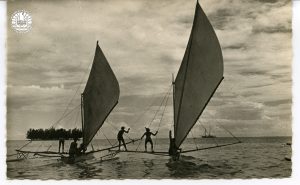 At the origins of surfing, invented in Polynesia then modernized and popularized among Californians in the 1960s;

a source of inspiration for Hollywood, with Paramount’s silent films of the 1920s, Marlon Brando’s love affair with “his” paradise, Tetiaroa, or Disney’s animated films; 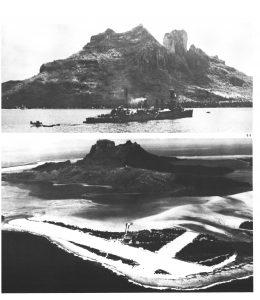 the GIs of the American army, with Operation Bobcat, a military base established in Bora Bora from 1942 to 1946, and the construction of Polynesia’s first airport;

scientific research on oceanic ecosystems,with Berkeley University’s Gump Station, based in Moorea since 1985; 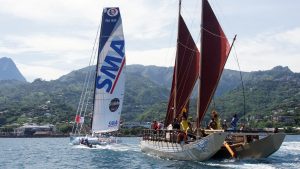 trade, with up to five million Tahitian oranges exported annually to California as far back as the 1850s, for example…;

the tattoo, whether it is that of the north Native American, or that of the 19th century European sailors, found a very strong resonance with the traditional Polynesian tattoo, which still today is frequently requested in the Californian stalls; 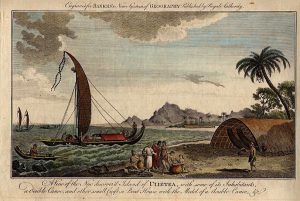 American literature has long drawn inspiration from tales of the South Seas, from Somerset Maugham and Stevenson to Norman Hall & Nordoff, who wrote about the Bounty:

the close links between these two Pacific territories date back more than two centuries, and are stronger then ever.