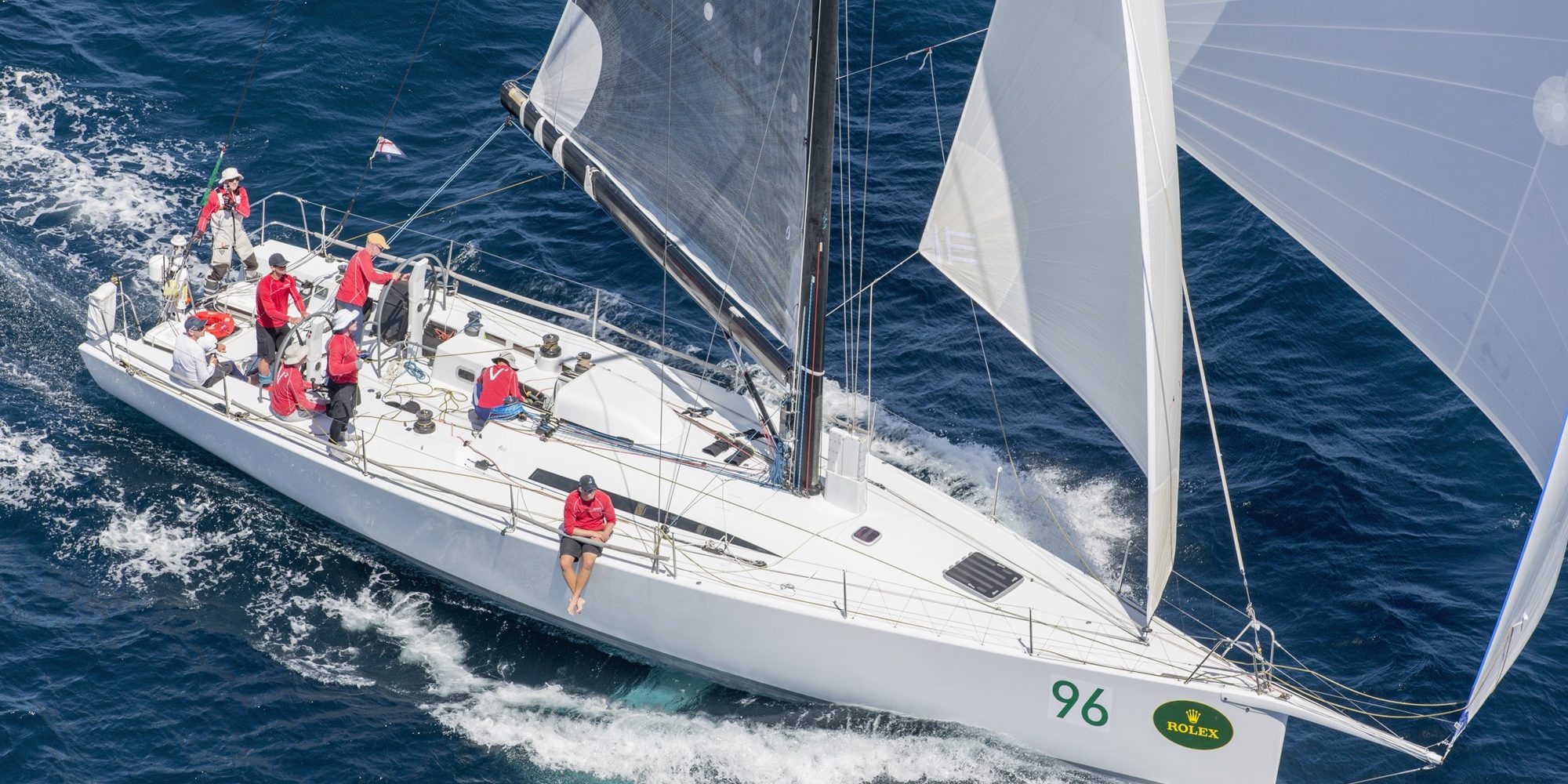 Los Angeles, CA — Demonstrating the strong adventure appeal of what was once the world’s longest ocean race, organizers of the 2020 Transpac Tahiti Race are pleased to announce the acceptance of two more monohull entries, both from Australia. Bill Barry-Cotter from Coomera, Queensland has entered the Schumacher 54 Swiftsure II, and Zoe Taylor and Chris Way from Sydney have entered their Cookson 50 Grace O’Malley. This brings the entry count to 15 in this 15th edition of this 3570-mile race first sailed in 1925, and only one short of the record turnout of 16 entries in the 6th edition of the race held in 1968.

Both Australian-based teams have deep roots in offshore racing, but their boats in this race are relatively new to both of them. Barry-Cotter just purchased Swiftsure II from Cal Maritime, where it was donated by long-time owner Sy Kleinman who raced her avidly in San Francisco since she was first launched in 1996. The light blue-hulled beauty built at Westerly in Newport Beach was a racing icon for years at major big-boat racing events like St Francis YC’s annual Big Boat Series.

Project manager Michael Spies says “Our core team campaigned [the classic yacht] Katwinchar to win the Grand Veterans Division in the recent 75th Rolex Sydney Hobart Yacht Race, but we will have a diverse range of ages and talents aboard.”

Under Spies guidance, Swiftsure will soon move to a boatyard in Mexico to get a major re-fit that includes installation of a new engine with a sail drive rather than prop shaft. After the finish in Tahiti Swiftsure II will head west to her new home in Australia then enjoy another major refit at Barry-Cotter’s Maritimo boatyard before its appearance in the 2020 Rolex Sydney Hobart Yacht Race in December.

Meanwhile the Grace O’Malley team is preparing their canting-keeled Cookson 50 for the Monday start to the 2020 edition of the RORC’s Caribbean 600, a 600-mile tour of the Caribbean starting and ending in Antigua. This boat is new to them with this race, and while the sun, wind and sea are warm, this can be a grueling test of big winds and waves in strong tradewinds, perhaps a prelude to what the teams may see in the low latitudes of the Pacific as they head south towards Tahiti starting in Los Angeles on Thursday May 28th.

For slower boats, however, race organizers from the Transpacific YC have offered a start date one week earlier on Thursday May 21st in order to compress the finish dates. The monohull course record is 11 days 10 hours 13 minutes, so finishers are expected in the first and second weeks of June. The current roster of entries has only a few boats that would qualify for this early start date, although entries will not close for another week on March 1st.