Over 34,000 players at the virtual start 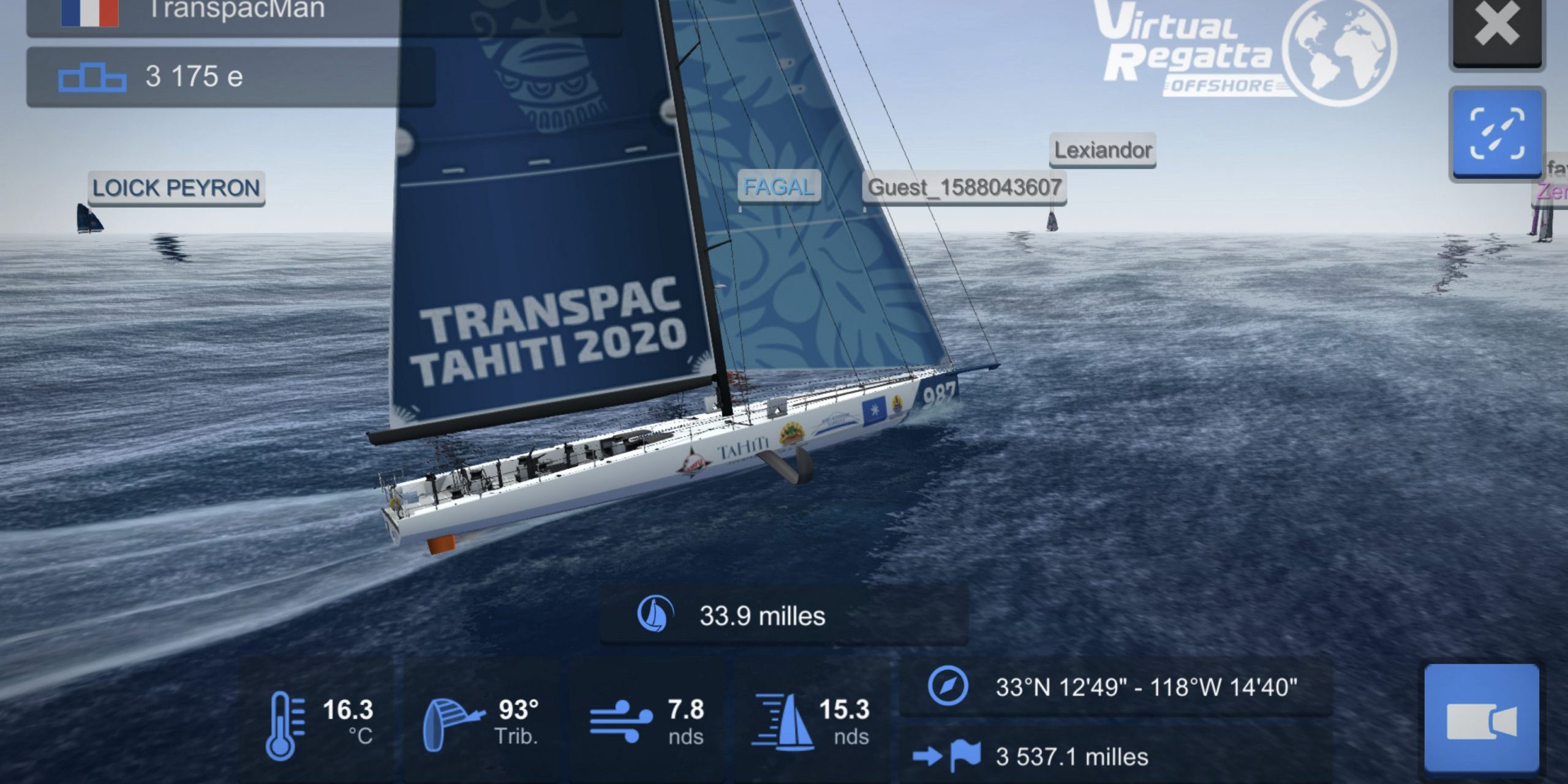 LOS ANGELES and PAPEETE, TAHITI – In lieu of having the actual start of the fleet in the 2020 Transpac Tahiti Race scheduled for today off Point Fermin in Los Angeles, a virtual race was started instead at 1100 PDT among over 34,000 online players on Virtual Regatta.
Players in this game will virtually race one of the world’s fastest offshore monohulls – the VPLP-designed 100-foot long Comanche – from the starting area towards the finish 3570 miles away in Papeete, Tahiti. The game uses weather data to help route each entry to the finish, and offers options to enhance performance on the track.
“We are amazed at the strong interest we have received from the public to play this race,” said Stephanie Betz of Archipelagoes, co-organizer of the race with the Transpacific Yacht Club. “This shows to us the interest people have in imagining themselves being part of this legendary race, and we hope will attract more interest in the future when we are able to run this in reality and not just in a virtual format.”
Among the entries is a team of young sailors from the Yacht Club de Tahiti in Papeete, and the two boys and one girl have a team mate with impressive credentials to help coach them in this race: offshore racing legend Loick Peyron. As the official ambassador for the 2020 Transpac Tahiti Race, Peyron has offered to assist them learn about offshore sailing.
“This is important that we work to inspire the next generation of sailors,” said Peyron, “particularly from a culture so strongly tied to the sea like Tahiti.”
How long will it take Comanche to sail this course (virtually) to the finish in Tahiti? The answer of course depends on the weather, but the target for a first-to-finish boat of this type would be to set a new course record. 11 days 10 hours 13 minutes 18 seconds is the time to beat, with this record time set by Doug Baker’s Andrews-designed Magnitude 80 in the 2008 edition of this classic race, first sailed in 1925.
To play the Transpac Tahiti Race virtually, visit the Virtual Regatta webpage dedicated to offshore races at www.virtualregatta.com/en/offshore-game.
The Transpac Tahiti 2020 has been supported by the Ministry of Tourism, Air Tahiti Nui, the Municipality of Papeete, the Port Master of Papeete, Tahiti Tourisme, and AMFU.
Category: Sports newsMay 28, 2020