Featured at the Yacht Racing Forum 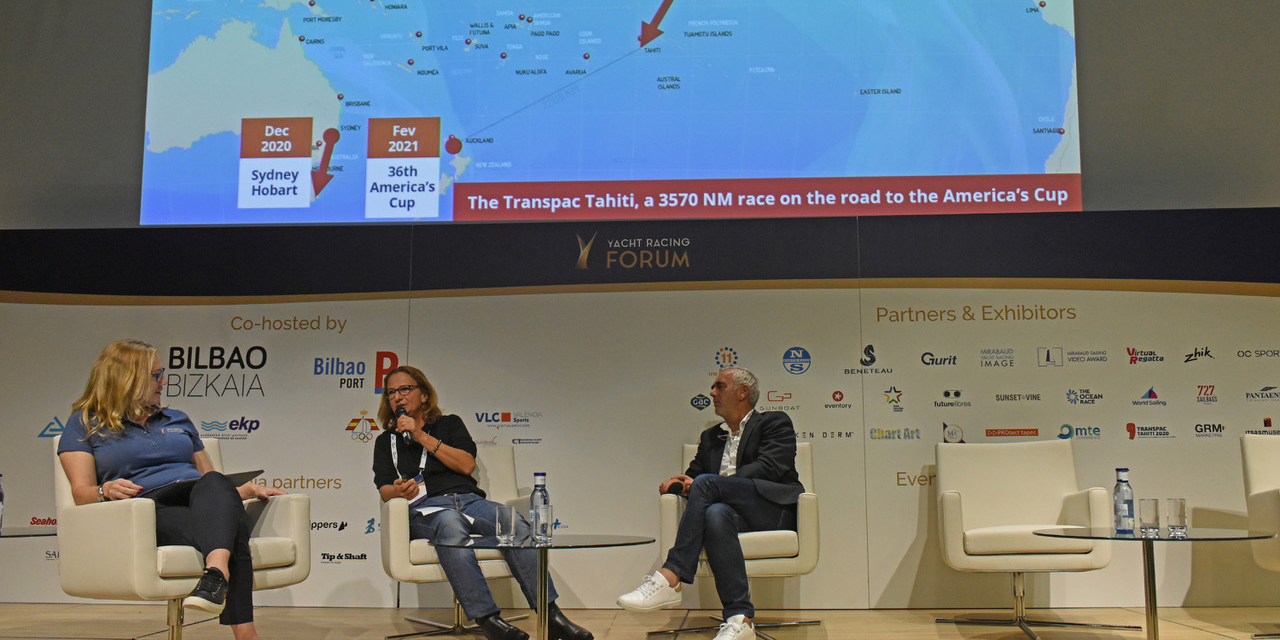 Bilbao, Spain – Event organizer Stéphanie Betz and race ambassador Loïck Peyron were featured speakers on the first day of the 2019 Yacht Racing Forum, held earlier this week over 25-26 November in Bilbao, Spain. In front of an audience of over 300 delegates, industry leaders, prominent sailors, and influential representatives from all sectors of the sport, Stéphanie Betz and Loïck Peyron discussed with host moderator Shirley Robertson the history, significance and great potential the race represents for driving interest towards Pacific oceanic sailing both next year and beyond.

With starts being planned on or about 28 May 2020, this race of 3571 miles is one of the longest in ocean racing, and has been held at irregular intervals by the California-based Transpacific YC since first run in 1928. In fact, until the advent of races around the world in the last few decades, this was for many years the sport’s longest ocean race. This extensive history and the spirit of oceanic adventure still attracts a wide variety of entries, from oceanic greyhounds like Volvo 70’s, to more cruising-oriented designs, with the race now open to multihull entries as well.

“Since the age of exploration Tahiti has been known as an attractive destination for all sailors,” said Stéphanie Betz. “The investment in new infrastucture for visiting yachtsmen and the timing of this race leading towards other famous races being held later in Australia and New Zealand has helped us build an entry list that is approaching record levels in this race’s 90-year history.”

There are few oceanic sailors as experienced and successful as Loïck Peyron, and he too told of his interest and vision for this race. “Sailing in and around Tahiti and all of French Polynesia is special,” he explained. “The natural beauty is extraordinary, and anyone who has sailed here feels an unmatched sense of connection to the sea, the sky and all of nature. We hope this next race will continue to attract those who want to have this unique experience that will enrich both themselves and all who go with them.”

Transpac Tahiti Race media coordinator Dobbs Davis was also at the Forum as Chairman of the Design and Technology Symposium, and reported “Many in Europe had not heard about this race, but when described expressed interest and enthusiasm, particularly among those interested in setting new course records. I predict this race will be much more on everyone’s radar in the future.”