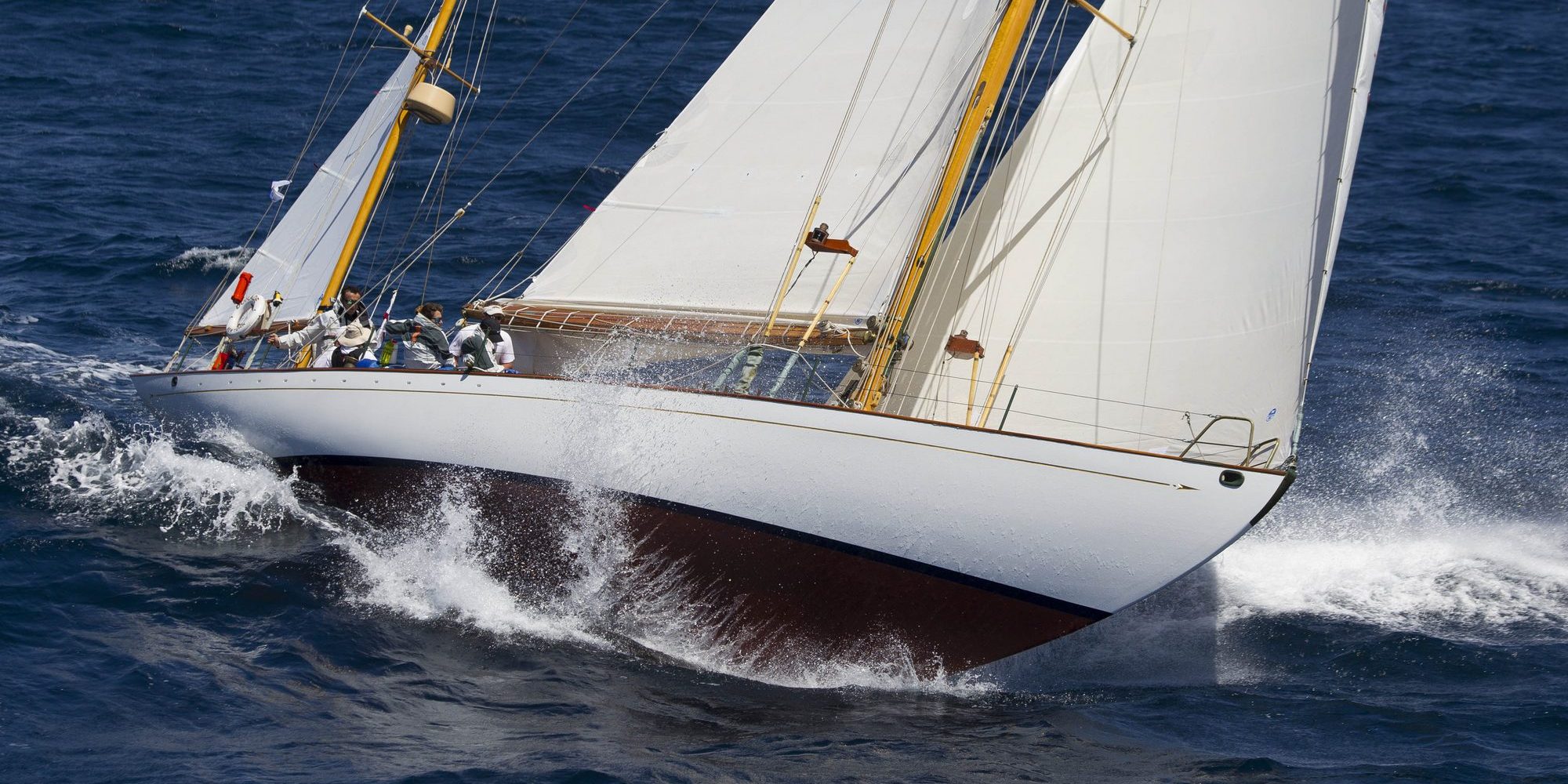 LOS ANGELES, CA – Even though still over a year away, excitement is building for the 16th edition of the Transpac Tahiti Race 2020 starting on 28 May 2020. Already five entries representing a broad range of boat types have signed on to compete in the 3570-mile voyage from Los Angeles to Papeete, first sailed in 1925.

With this strong initial interest, organizers from the Transpacific Yacht Club have issued a Notice of Race that invites seaworthy Monohulls of any length over 30 feet and offshore Multihulls of any size to apply for an invitation to compete. The Notice of Race is posted on the Yacht Scoring website (Click here to download the notice of race) and Pre-Registration can be found here.

For scoring Transpacific YC will be using the ORR ocean racing rule with a custom wind matrix to handicap the boats.

The first entry in this cycle of the race, last run in 2012, is Matt Brooks‘s 53-foot S&S-designed ketch DORADE. This classic ocean racing yacht launched in 1930 was one of the most successful of the era, winning the 1930 Transatlantic Race, the 1932 Newport-Bermuda Race, and the 1936 Transpac race from LA to Honolulu.

Under Brooks’s recent ownership, the boat has been updated and restored, and is ocean racing again in many of the same races, even finding similar success as 80 years ago: in 2013 she once again took the overall King Kalakaua Trophy in the Transpac.

“The Tahiti race has always been on my bucket list,” said Brooks. “It’s a very significant race, and I love long, substantial, challenging bluewater races. We’re looking for new challenges for Dorade. We’re adding to the history of the boat and having a little fun along the way.”

The DORADE team is well-organized, with Brooks already naming his sailing team for the race, many from the successful 2013 Transpac win: he will be joined by Matt Wachowicz, Kevin Miller, Eric Chowanski, John Hayes, Mike Giles, and Steve Branaugh.

“The boat and our ability to sail her have evolved over eight years,” he said. “We will have the same core crew and continue to make incremental improvements. No major modifications to boat or sailplan are planned.”

The other current entries include another team with multiple Transpac wins, Roy Disney’s PYEWACKET, with the latest version being his Andrews 70 from San Diego. And in the same genre of fast light offshore greyhounds is Damon Guizot’s LA-based Reichel/Pugh 77 ZEPHYRUS. These two would be the current first-to-finish favorites on this course.

“With the Notice of Race issued and this core of enthusiastic entries, we are very excited to proceed with this next edition of this great race,” said Dave Cort of Transpacific YC.

Polynesia has numerous traditions in its seafaring cultures

“Tahiti presents a truly unique destination among finish venues in ocean racing,” said Stephanie Betz of Archipelagoes, Tahiti organizer of the next Transpacific Tahiti 2020. “Teams will arrive in the middle of our five archipelagos, which are a great playground for sailing. The festivities and the arrival village will be located in the heart of Papeete in the brand new marina at the city center. We look forward to visitors coming to explore our ‘invisible continent’ of 118 friendly islands, safe and preserved anchorages, and the modern marine infrastructures in Tahiti.”